The following aspects will be assessed during the top rope test. Any questions or concerns must be raised to the examiner before the start of the test. No coaching may take place during test and examiners reserve the right to fail participants should their belying be deemed unsafe.

Anchors
– Ground anchors to be used in the event belayer is lighter than climber.
– Attached anchor to belay loop of harness.
– Use a separate carabiner to attach ground anchor.
– Checked that gate of carabiner is locked – squeeze test.
– Belayer positioned close to the climbing wall-

Upon completion of the test you will receive the following tag which must be worn at all times.

Note that we are open on public holidays, except Christmas and New Years Day 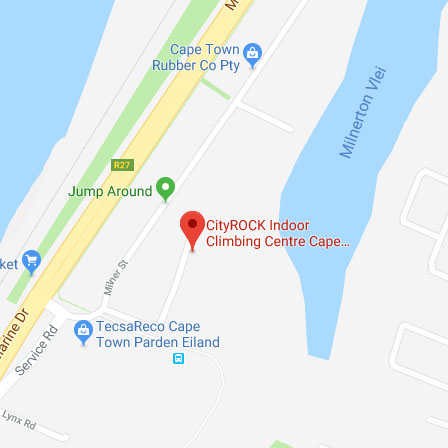